jQuery is picky about the JSON that is read from in HTML5 data elements. Of course, it’s not really jQuery that’s at fault, it’s simply that the JSON spec is a lot more strict than simple javascript.

In javascript, I can define an object like this:

Note the lack of quotes on the key names in the object.

Since JSON is a data exchange specification, it requires quoted keys.

So, if you want to put JSON into a data element, you need to do this.

Here is the relevant quote from the JSON documentation:

“When the data attribute is an object (starts with ‘{‘) or array (starts with ‘[‘) then jQuery.parseJSON is used to parse the string; it must follow valid JSON syntax including quoted property names.”

At work, we had a hackathon and developed some sample apps that make use of our new HoopaNow API. HooplaNow is a community calendar in Iowa’s Creative Corridor.

These are still works in progress, but there is a Sinatra app called simply hooplanow_api_example for you Rubyists out there, and a wordpress plugin for those of you who have a wordpress blog, or want to take a peek at some PHP code that uses the API.

Neither is complete, but I would welcome pull requests from anyone who wants to help out.

Before learning git, I rarely created branches in svn projects. Honestly, I don’t know why. It seemed like too much work, but really that was just because I didn’t do it. Now, whenever I start a new feature, I create a branch first.

Sure, it creates a branch on the svn server that may or may not go anywhere, but it’s simple to remove it, so there’s no harm. It also feels a lot safer. Even my experimental code lives on both my system and on the repository server. My commits are getting smaller and more focused as well. Previously, I would often wait until a whole feature was complete before committing. Now, I commit each individual step.

When I’m done, it’s simple to merge back in.

But what about conflicts, right? Git handles merging much better, but again, it’s an unfounded fear. Yes, if changes are made to trunk while you are working on the branch, you might get conflicts, but in my experience, conflicts are rare and the benefits of branching outweigh the risk.

TL;DR version:
“self.field” is only necessary when you are assigning a new value to a field.

It always confused me why it seemed like sometimes using the field name from the database failed to work in model methods that I wrote. When the method was simple, things would work fine, but then something would happen and it suddenly stopped working. I never quite put together what was going on until now. I would start out with something like this:

It works beautifully and looks clean. But then, I’d need to add some defaults, like so.

At first glance, it looks right, but it’s not. It causes full_name to produce “Mr. First Last”, every time you run it. WTF? Here’s where I would usually overreach and get it horribly wrong. I know that the fields are available as “self.field”, so I make one more change.

So, one WTF leads right to another. This code is horrible. It’s ugly and it feels like there should be a better answer. In this example, it’s not so bad, but what usually ends up happening is this type of code gets written in a method that is already fairly ugly, and because of a simple misunderstanding, it goes directly from bad to worse.

Finally having some time, and just being fed up enough, I did some searching and found this. It ends up being fairly easy to understand once you think about it. In ActiveRecord models, the fields are methods. The way Ruby works, writing “field = ” creates a local variable instead of calling the “field=” method on self. It is the very act of assigning the field with a default that causes the issue. So, you can scale it back a little and rewrite the code like this. You only need “self.field” when assigning a new value. 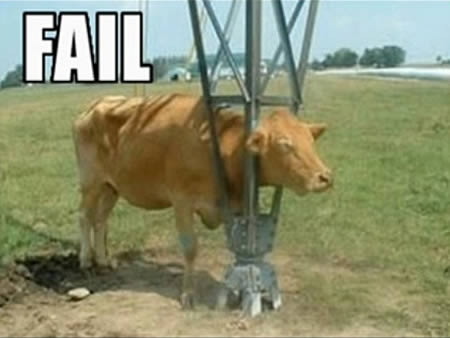 The lightning talk at 39:00 helps make programming a lot less scary for newbies.